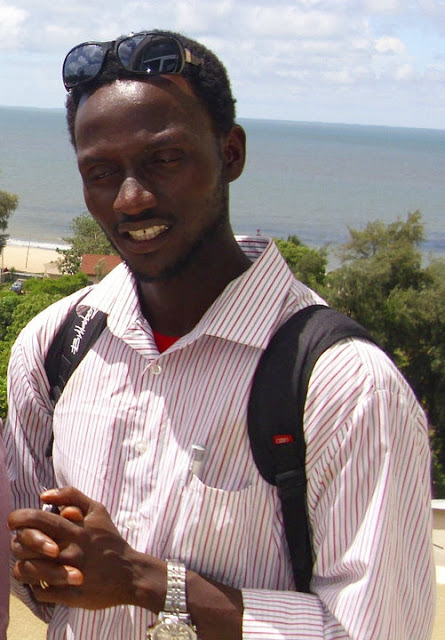 Senegal’s Government has adopted an “unannounced policy of expelling foreign dissidents” who have seek refuge in the West African country which have seen a slight deterioration in respect for human rights under the leadership of Macky Sall since April (Photo Credit: Abubacarr Saidykhan/Facebook)

Senegalese authorities have “threatened” to expel Gambian freelance journalist, Abubacarr Saidykhan on Monday, if he continue to be opposed to the Gambian regime, according to reports.

Saidykhan has been living in the Senegalese capital Dakar in self-imposed exile since fleeing The Gambia in October 2012 over reported “death threats” leveled against him by unidentified men believed to be state security agents.

Prior to his flight, freelance journalist Saidykhan was arrested and detained in September 2012 by the Banjul Bureau of the International Police Agency, INTERPOL, after he and a colleague journalist, Baboucarr Ceesay, had applied for a police permit to peacefully demonstrate against President Yahya Jammeh’s execution of nine death row inmates by firing squad.

Reports indicated that two senior officials of the President Macky Sall-led Government met Saidykhan recently over the fate of his asylum application – and told him “Senegal will not allow any Gambian fugitive in Senegal to continue to be actively involved in opposition to the authorities in The Gambia”.

Saidykhan has admitted to keeping contact and shares information with other Gambian dissidents outside Senegal – when he was asked by the two officials, a man and a woman, of the Senegal National Commission for Eligibility, according to reports.

Sall’s Government has adopted an “unannounced policy of expelling foreign dissidents” who have seek refuge in the West African country which have earned a certain degree of respect for its democratic principles over the years.

However, in recent times, the country has taken what has been described as a “democratic u-turn” by expelling African refugees to countries where their safety and security is not guaranteed.

In May, the second expulsion was handed to a Chadian journalist and blogger, Makaila Nguebla. His deportation to Guinea Conakry was condemned in the “strongest terms” by a Network of Journalists and Bloggers in Senegal.


at Gambian dissident Kukoi Samba Sanyang who was deported to Bamako, the Malian capital in April in the middle of an armed conflict in that country.

He died in June at the age of 61 after he was briefly admitted at a hospital in Mali. His health has deteriorated at the time, and was buried at a Dakar neighbourhood of Yoff.

Kukoi, who led a rebellion in The Gambia in 1981 at the age of 29, had protested against his arrested and deportation to the troubled West African country of Mali.

From Bamako, Kukoi told Zik FM in Dakar that he was only in Senegal to seek medical attention, according to reports.

“I told them I was in the Netherlands, Ghana, Burkina Faso, Mali and then Senegal respectively where I have been residing for 9 months seeking medical attention,” Kukoi was quoted to have said in April.

Writing under the headline “Senegal’s Democratic Tradition Takes Worrisome Turn”  Global Voices’ Contributor Anna Gueye said: “Senegal has a solid tradition of democracy and protection of freedom of expression and human rights. But recent months have seen the West African nation’s reputation as a stronghold for democracy in Africa seriously damaged with the evictions of a Chadian journalist and Gambian dissident, both opponents of the governments in their home countries”.